By twangster,
July 23, 2021 in Trip Reports - Post your cruise photos and stories!

Top Posters In This Topic

This trip report is all about new.  New for me that is. New user on the CruiseHabit message board.  New to MSC.  First revenue cruise of my new cruise restart.   For 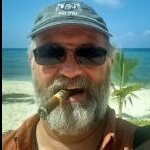 After 21 years of sailing exclusively with Royal Caribbean, I'll be giving MSC a try in September.

T-1 day. PCR test: Negative!  Woohoo! In full disclosure i didn't need to a do a test prior to this cruise.  MSC didn't ask me to get tested in advance.  I'll be tested again at the terminal